Chiropractic is a philosophy of health that respects and works with the body's inborn intelligence, of which is given to us by a higher power. I want to see your journey through life in a state of well-being, far removed from requiring the use of drugs and surgery.

In sharing the chiropractic message with you, it is my objective to raise the awareness, sensitivity, and consciousness of society as humankind evolves toward fulfilling its potential.

I was a VERY sick child growing up UNTIL a chiropractor came into my life.

As a child, I was very sick. I was allergic to almost everything and most of my allergies would trigger asthma attacks. I could not go outside much and play with my friends because I was allergic to pollen, grass, mold, dust, and friends' pets; plus any exertion from playing would trigger asthma attacks. I could not have milk in my cereal, a dog or a seat near my friends in class because I had to hide from all of the allergens. It seemed like all I did was sit in the basement and watch television, when I was not in the doctor’s office, that is. I went several times a week; between allergy shots, asthma treatments and dealing with a cold almost every month. Plus I remember having more than my fair share of sinus infections.

When I was 10 years old, a friend of my mother's who had just graduated from Chiropractic school was passing through town. My mother asked him to look at me and see if he could figure out why my health was so poor. He saw that I had a good bit of scoliosis and problems with my spine. He explained that this was interfering with the function of my nerves and that this could result in the overall poor health I was experiencing. He recommended that I start seeing a chiropractor right away.

I began to see a local Chiropractor and within 2 months my asthma and allergies were just about gone. I continued to see my Chiropractor, as did my entire family, and saw my health go from the worst in my class to the best.

I have not suffered from any type of allergies or asthma for over 40 years now and get a cold once every other year or so, instead of each month. I went from a ritual of taking pill after pill every day, to being free of any and all drugs, over the counter or prescription, for years and years now. Not because of a dogmatic refusal to take them, but because of a total lack of need for them any more.

I was so impressed with the results of Chiropractic that I knew this is what I would do by the time I was 14 years old.

Connect with Steve Ranicki on Linkedin

Ask me any question you have about our practice and I can probably answer it, but if not, I always know where to find the Doctor, even on the weekends!

Chiropractic changed my life at the age of 22. I went from living on a regiment of Mylanta, Keopectate, allergy medication, and fiber because of an IBS diagnosis to 100% drug-free.

Being healthy has been a lifelong journey and I work at it every day through a wellness lifestyle (chiropractic, nutrition, fitness, and more). I am always happy to talk with patients about striving toward goals.

Connect with Jennifer on Linkedin

Olivia Taylor is a two-time graduate from Georgia Southern University with her Bachelors of Business Administration in 2007 and a Masters of Public Administration in 2009. She moved back to the Pooler area after graduating. She married her husband, Jason, in 2016 and they reside in Pooler.

Olivia is a native of Pooler, GA, and has enjoyed seeing the Pooler area change and grow from just having the Piggly Wiggly to what it is today. She spends a lot of time with her large family, whether it is a cookout or just helping a cousin or nephew with homework. She loves to walk her dogs at the local parks or in her neighborhood. She and her husband almost always also have a foster dog along with their pack of dogs. They foster for Coastal Pet Rescue and Olivia volunteers at their events as well.

Olivia has the personality that she never meets a stranger and because of that has met many great people in our area. Typically if there is a networking event happening, Olivia is there and telling about her enjoyment of working with Dr. Ranicki.

Olivia also has a great, personal story for her journey to wellness. Olivia was destined to work at Ranicki Chiropractic.

Taquia Mitchell was born in Cincinnati, Ohio and was a military brat who has called many places home. In 2009, she received her certificate for the CNA program from Elizabeth Community Technical College in Elizabethtown, KY. She is a new resident of Pooler, GA as of November 2021.

Christina Wilson was born and raised in Daytona Beach, Florida. She attended Stenson University in DeLand, Florida and received her BS with an emphasis in Pre-Med and a minor in Music in 2019. She moved to Savannah, Georgia after college to attend Savannah Technical College to receive her licensure and certificate as an Advanced EMT.

She has a passion for all things Disney and fantasy novels. Her partner, Shawn, and her visit Disney several times a year and have recently discovered a love for going on cruises. They share their home with their two cats, Sauce and Balsamic. Christina has a true passion for helping people and looks forward to meeting you soon! 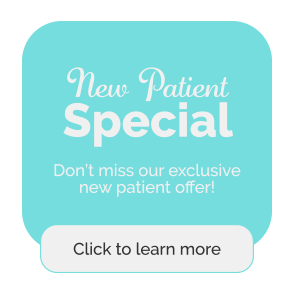